The Italian ghost town that’s home to just one man 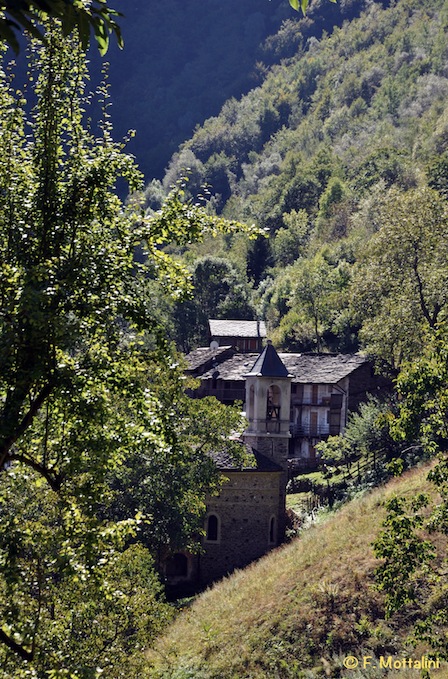 SOSTILA is a tiny mountain hamlet at the feet of Italy’s Alps, isolated and cut-off from civilisation.

It’s a bunch of greyish stone dwellings with wooden doors and balconies clustered around an intact church bell tower and quaint school where pupils’ left-behind books are still spread on tables. Streets are winding, crooked rock paths covered in grass. It’s a magical place frozen in time for decades.

The hamlet dates back to the middle ages but its life came to an abrupt end in the 1960s. Bitter cold winters, no roads and harsh living conditions forced residents to flee downhill in search of a brighter future.

And so Sostila turned into a ghost village. But it’s a privileged one, unlike the other 15,000 ‘lost towns’ that dot Italy’s landscape and have been totally abandoned.

After years of oblivion it is now inhabited by just one lone man who lives there all by himself in his granny’s old cottage. As opposed to the villagers who ran away, he made the opposite choice by returning to his hometown. 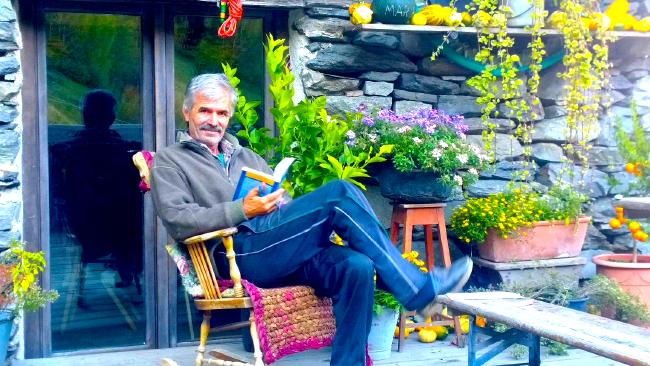 Fausto Mottalini, 65, is out to tell the world that a human being can live with a few simple things: food, shelter and above all, uncontaminated nature. The panoramic views, fresh morning Alpine air, pristine green valleys and glistening snow-capped peaks are like a drug to him. After a failed marriage and a career as a doctor, Fausto decided to retire and come live among the ancient walls of his family’s dwelling.

“I was given the chance to start a second life when one day I came to fix the broken roof of our house. The surrounding peace and silence struck me, I realised this was going to be my new home. Now I’m happy and satisfied,” he says.

Fausto spends his days outside: trekking, cutting wood, shooting photographs, looking after his plot of vegetables and fruits, and suntanning with typical Alpine wooden clogs out on his front porch, which is stacked with pumpkins of all sizes. When it rains he kills time cooking tomato sauce escalopes, meditating on life and writing his journal in front of a crackling fire. He’s got plenty of time to read, his favourite hobby.

“I underline the best sentences I come across in books and take notes. Brainstorm is healthy. I need to exercise both mind and body. I do what whatever I want, whenever I feel like it. Now am I not a lucky man?”

Fausto leaves Sostila just a few times a week when he needs to run errands at the nearby town, as there are no shops nor bars where he lives. Just like in the past, Sostila has remained an inaccessible village, at least by car. And that’s what makes it unique, untouched by modernity.

There still is no road leading up there, the only way to reach it is by foot across a dense steep forest. Fausto keeps his car parked down the valley, where the last bit of road stops. When he returns, he carries the bags and water tanks all the way back home. 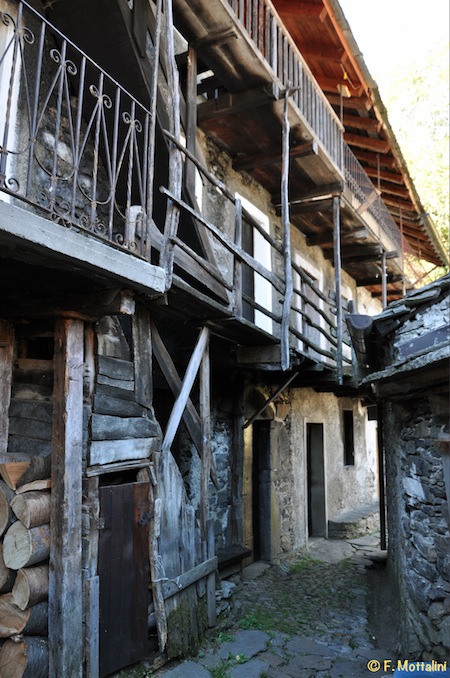 But he’s not really always alone. On weekends Fausto’s nephew, Franco, dresses in medieval clothes and takes curious visitors on a 8km trekking route to Sostila. Fausto and his nephew, who takes tours to his uncle’s ghost town. They walk inside the crumbly houses where rusty old objects and benches covered in dust are still in place. Pots and ladles dangle from ceilings and the open cupboards are full of plates. The floors are cracked, the walls black from chimney soot and covered in horseshoes. “Everything is exactly as it was left behind by residents when they escaped. They must have been in a hurry,” says nephew Franco. The school’s classroom features forgotten pencils sticking-out of table holes and boards written in white chalk.

Tourist visits are the only chance this lonely guy has for some social buzz. People want to know how it feels to live all alone in a ghost town. “They’re surprised, scared but fascinated at the same time. I think many of them envy me but few would have the courage to lead my kind of lifestyle,” says Fausto. Local folklore plays its part in luring visitors and schoolchildren from neighbouring villages, who at night gather around bonfires. 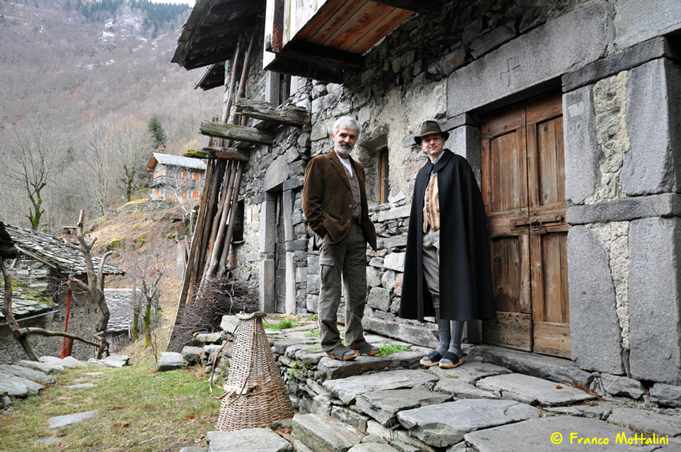 “Each day for me is new, unexpected. I live it with curiosity and an open heart. I don’t waste my time mulling over the past or waiting for tomorrow. I live the present. I may be alone, but I never feel lonely.”